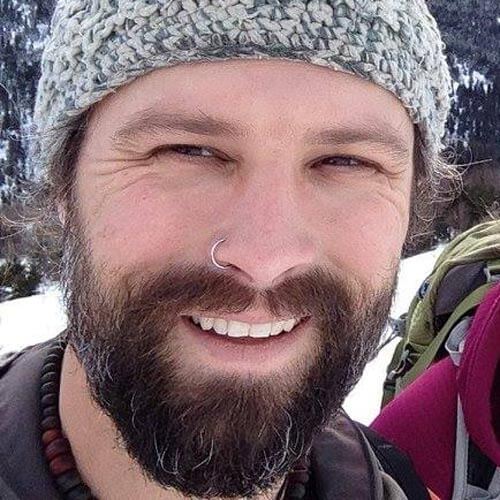 Gunner grew up in Northern Michigan and spent most of his life cultivating an appreciation for nature in the ‘Superior State.’ After seeing enough pictures in ski and snowboard magazines that all said Valdez, Cordova and Haines, and an extensive read of Calvin and Hobbes epic Yukon Ho, he decided to move to Alaska to pursue adventures and big mountain snowboarding. He has been living up here off and on since 2003 with a brief hiatus for a little grad school in the continental mountainous regions. His degrees are a Master’s and Bachelor’s in Philosophy. He teaches writing and philosophy at a few of the local colleges so that he might spend his days snowboarding and mountain biking. He has also guided sea-kayaking trips in Valdez for several years and has paddled the eastern half of Prince William Sound extensively which encouraged a deep respect and interest in natural history. His love for snowboarding and mountain biking in Girdwood has provided him with intimate knowledge of the area. His newest adventure is becoming a father. He has been a guide for AP since 2011.