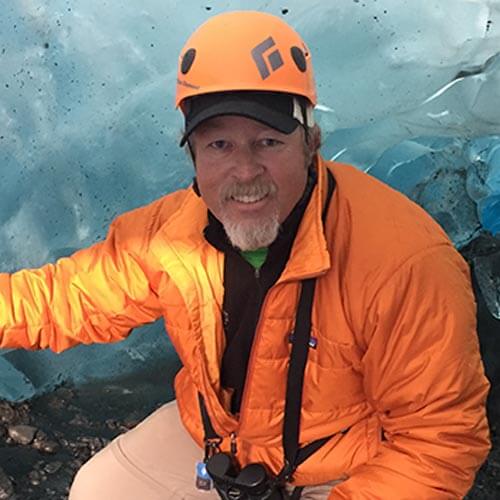 In 1993, Todd came to Alaska and started his own guiding company, renting canoes and guiding trips into the Kenai Wildlife Refuge on Alaska’s Kenai Peninsula. He has spent the last 24 seasons working as a naturalist and guide across the state. His adventures have taken him rafting, hiking and canoeing in the most of Alaska’s national parks including, the gates of the arctic, Denali, Wrangle Saint Elias, Katmai and Kenai fjords national park. He has also done the eastern and most western rivers of Arctic national wildlife refuge, the canning and The Kongakut rivers. He graduated San Diego State University in 1986 with a bachelor of arts in recreation administration with an emphasis in outdoor education. Todd currently spends his winters in San Diego California. Todd has been working with AP since 2006.